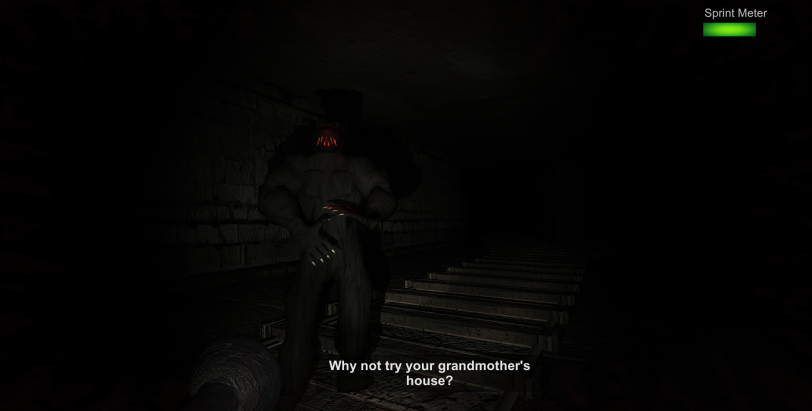 London Hollows is a stealth-based first-person horror game developed over a total of 2 weeks for my Gameplay and Prototyping class. A total of 5 people were involved in the creation of London Hollows. The game is loosely based on the Little Red Riding Hood fairy tale. In London Hollows, the player must collect a series of items throughout an abandoned subway tunnel that she is trapped in, while avoiding the “big bad wolf”, a large werewolf which prowls the tunnels with a thirst for human flesh. The player is able to sprint, jump over obstacles, and interact with items to open doors and pick up items. The player’s goal is to enter “grandma’s house” and escape the abandoned subway that she is trapped in. The game was built in Unity. I wrote the majority of code for the Wolf’s AI, and contributed to other miscellaneous parts of the game such as game models.